MobileWorld was established in 2004 by a team of five people, initially focusing on the distribution and reparation of mobile phones. Two of its store brands, Gioi Di Dong and Dien may XANH, are now among Vietnam’s top electronic retailers, and both continue to experience rapid expansion. 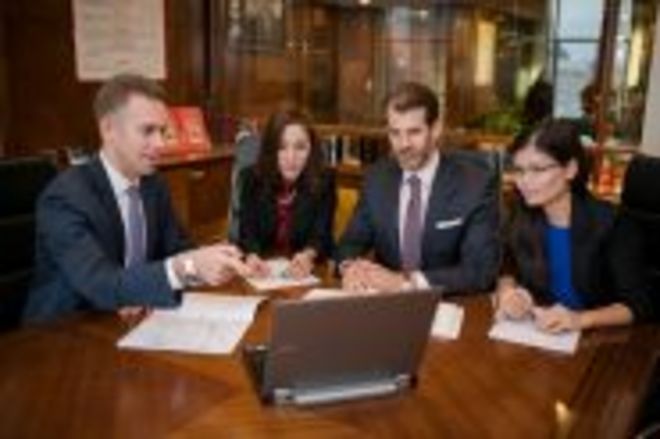 MobilWorld has successfully transformed from an old-fashioned retail structure to an integrated model built around customer experience and satisfaction.
Mekong Capital 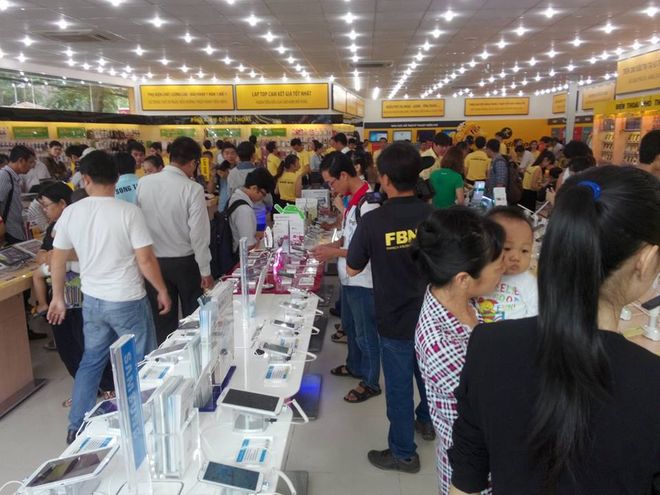 Since the late 1980’s, Vietnam has been promoting its transition from a centrally planned economy into a market-driven economy through its government reform known as the Doi Moi (open door) policy. Prior to this reform there were no private enterprises operating in Vietnam, and the economy was dominated by low labour productivity, unemployment, and insufficient food and consumer goods.

Vietnam’s economy is now growing at one of the fastest rates in the world, with a gross domestic product (GDP) per capita based on purchasing power parity of USD 5,700 in 2014, ranking at position 166 out of 230 countries in the world. However due to the effects of the Second Indochina War and the subsequent repressive economic measures, the economy started at a very low base, making the recovery path challenging. Currently state-owned enterprises still account for about 40% of the GDP.

Vietnam’s economic growth relies on the development of its private sector and its SMEs in particular. In order to further this growth, Vietnamese companies need to move up the value chain and increase their productivity. Today, the private sector is still challenged in areas such as competitiveness, innovation capacity, technological transfer, human resource skills and market access.

The limited access to finance constitutes a major impediment to the growth of the private sector in Vietnam.  Although the Doi Moi policy has been in place for 30 years, the country is still in a transition phase, and not yet able to provide investors with the legal framework and protections expected from investors in more developed markets. While investors are attracted by the market opportunities, a cheap labor force and rich natural resources, they are often deterred by the poor corporate governance of SMEs.

The level of income disparity between rural and urban areas has widened since Doi Moi was adopted, as the majority of investment and transformation so far primarily benefitted Ho Chin Minh city and the surrounding area. However over two-thirds of the population live in rural areas, and almost 20% live under the national poverty line. Employment opportunities are pressingly needed outside of the main urban areas; promoting job creation is essential to absorbing the labour force which is growing by more than one million people every year.

To rise to their potential, Vietnamese start-ups and SMEs need business assistance and training. Finance alone is often insufficient to support a company’s growth. Assistance in the form of strategic advice and guidance is essential for the continuous growth and stability of these rising companies, especially since the private sector and the required entrepreneurial mindset in the country are still young and need to be further developed. The introduction of best practice standards and the continuous training of management and staff are fundamental.

Mekong Capital’s investment into MobileWorld has enabled what initially began as a small start-up in Vietnam to grow into the country’s largest mobile device retailer. The company’s market share in the retail of smartphones and tablets currently stands at around 30% of the Vietnamese market. Mekong Capital’s significant value-add has been instrumental to this success by not only procuring finance, but also through opening its networks, facilitating capacity building and knowledge transfer, and providing continuous guidance on corporate governance and financial reporting.

MobileWorld’s stores are now present in all of Vietnam’s 63 provinces, creating jobs in regions in need of employment options and investment. In 2015, MobileWorld had created long-term employment for almost 10,000 Vietnamese people.

MobileWorld’s efficient business infrastructure and standardized retail model have allowed its stores to grow sustainably whilst offering competitive prices, and in this way MobileWorld has played an essential part in making mobile device ownership and access to current technologies a reality for a growing number of Vietnamese.

MobileWorld has benefitted from a SIFEM Technical Assistance grant to improve its corporate governance and introduce best practice standards in all its major business activities by gaining access to the knowledge and support of an internationally renowned expert in the field of consumer electronics retailing.

MobileWorld keeps innovating in various areas and was thus awarded several international prizes for its efforts and achievements. In particular, it was recognized for its excellent management of human resources and exemplary working environment. In 2014 Mobile Word won prizes for “The Best Working Place in Vietnam” and “The Best Recruitment and Staffing Strategy” granted by the Ministry of Labor, Invalids and Social Affairs which attracted the participation of 140 reputable companies, both domestic and foreign. The company was also listed as one of East Asia’s Global Growth Companies by the World Economic Forum in 2014.

In July 2014, MobileWorld was successfully listed on the Ho Chi Minh City Stock Exchange (HOSE), illustrating the successful culmination of the partnership with Mekong Capital and marking the beginning of the Fund’s exit of the investee.

SIFEM has been an active investor in Mekong Equity Funds I and II, being a long-term partner of the fund management team of Mekong Capital (Mekong) since its establishment in 2001. SIFEM’s efforts aim at going above and beyond sole financing of the projects by also providing assistance and guidance through participation in the Fund’s governance via a seat on their Board of Directors.

Mekong’s aim is to grow and create further value for its investees by applying industry best practices to each aspect of the business. By optimizing the investments’ operations in this way, each investee is supported to sustainably establish and realize its corporate strategy.

In the case of MobileWorld, Mekong worked specifically on implementing best practices and improving corporate governance. Prior to that, tasks such as inventory forecasting were done intuitively and according to subjective judgement rather than in a systematic manner. Mekong’s initial hands-on work involved systematizing business processes, which included the launch of a detailed management reporting system. The fund manager distilled the founders’ vision into annual and monthly targets which are now continuously tracked in the management report. Mekong thus helped the founders to elaborate a workable business plan with measurable milestones. In addition, Mekong worked with MobileWorld to recruit the essential experienced human resources needed for the company to sustainably grow and achieve its goals and visions. Mekong also contributed to the successful improvement of MobileWorld’s product mix and service development model, which is critical in these types of markets. Following recommendations from customer satisfaction surveys MobileWorld also improved their after sales service, both of which are not typical in Vietnam. Through Mekong’s support, MobileWorld has experienced a successful transformation from an old-fashioned retail structure to an integrated model built around customer experience and satisfaction, immediately experiencing an increase in sales and customer satisfaction.

In 2013, Mekong Capital was awarded the Private Equity International’s Operational Excellence Award for the Asian small market capitalization category based on the success of MobileWorld.

MobileWorld had been experiencing serious growing pains in 2010-12 and corporate governance turned out to be one of the key bottlenecks. Mekong identified this shortcoming and designed a targeted programme aimed at strengthening MobileWorld’s corporate governance. It consisted of bringing in Bob Willett, former CEO of BestBuy’s international operations (incl. the Carphone Warehouse) as advisor of the company’s Board and senior management. This was supported by the SIFEM TA grant facility which is funded and managed by SECO and arranged by Obviam. This facility was set up to support SIFEM investments in need of external expert advice and training in areas such as business development, the introduction of best practice standards and working conditions as well as the implementation of environmentally friendly standards and processes.

MobileWorld worked together with the consultant on both short- and long-term company initiatives, focusing on positioning strategy, supply chain solutions, store layouts, partners, online sales, and consumer financing, which were vital for ensuring the sustainability of the company. Major corporate governance improvements included enhancing the composition and the procedures of the board, reviewing management control and introducing a disciplined reporting process and professional human resources management. These interventions have significantly improved operational efficiency and milestones were reached earlier than targeted. This was also reflected by substantial revenue and net profit growth and easier access to bank loans at lower interest rates. These causal effects have been evidenced by an independent evaluation of the corporate governance interventions.