The collapse of the Soviet Union, civil unrest, a military conflict, an inflation rate which peaked at 50 percent, and a global pandemic: businesses in Ukraine have certainly had their share of hardships over the past three decades. Yet the country has a lot of economic potential and there are companies which have been flourishing and become more resilient in the face of adversity and strong headwinds, including Covid-19 as the latest of a series of major challenges. 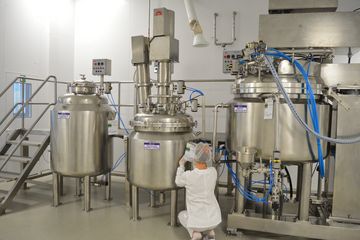 SIFEM has produced a case study on the impressive story about investments in two regional companies: Ruta, a manufacturer of tissue products, and Sperco, a pharmaceutical producer of mainly cold and cough medicines. The case study also demonstrates that a private equity investment in a company is about much more than merely providing financing.

SIFEM’s partners are 4i Capital Partners, a Ukraine-based private equity investment company, led by its two Managing Partners, Alexandru Munteanu and Kamil Goca. The investment team currently manages the Europe Virgin Fund (EVF), which was raised in 2009 with USD 57 million of committed capital and instrumental support from international finance institutions such as SIFEM which contributed USD 7 million to EVF.